Kalanilayam is the largest permanent drama institution/ venue in Asia. It is one of the oldest drama groups in India, founded in 1963. Kalanilayam was started by Krishnan Nair (commonly known as Kalanilayam Krishnan Nair) and his wife Kodungaloor Ammini Amma whose aim was to popularize popular fiction, fantasy stories on stage. Kalanilayam’s efforts in pushing theatre back into mainstream comes at the right juncture as the Malayali cultural space is more or less void with cinema entering a crisis and television nearing monotony. It is the dream of Kalanilayam as well as all the lovers of theatre to have a permanent theatre in Kerala so as to keep alive the genre of Kalanilayam dramas. Thus the project focuses on constructing a permanent theatre for Kalanilayam Vista Vision inside KINFRA Film and Video Park, Thiruvananthapuram. The proposed component is a cultural center of 20377.91sq.ft and it covers a land area of 5598.69 sq.m including parking and access paths. The main components of the structure include a main auditorium, Amenity Centre, rehearsal rooms, toilets, parking area etc. 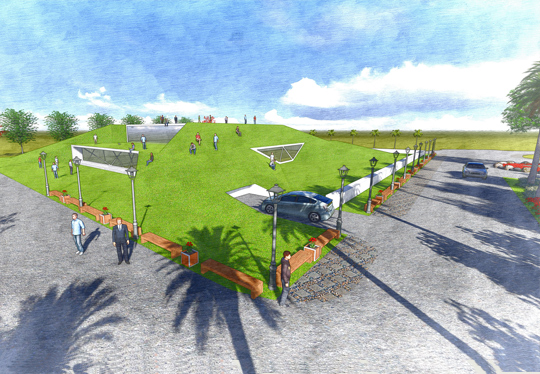